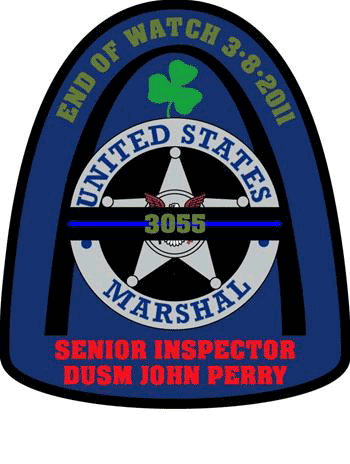 Deputy Perry was born in Glen Ellyn, Ill., a suburb of Chicago. As the son of a bankruptcy court judge and grandson of a district court judge in Chicago, Deputy Perry literally grew up in the federal courts and as a young child often associated with the Deputy U.S. Marshals assigned to protecting the judiciary. His grandfather, who started as a coal miner and worked his way up to the federal bench, was a great influence on Deputy Perry.

Deputy Perry’s first employment in law enforcement came in the Madison County Probation Office in Edwardsville, Ill., where he worked 16 years in various positions within the office, including pre-trial supervision and high-risk supervision. His brother, Bart Perry, has been a supervisory probation officer with the state of Illinois in Jolliet for 25 years.